PRAY FOR THOSE WHO SUFFER FOR THEIR FAITH 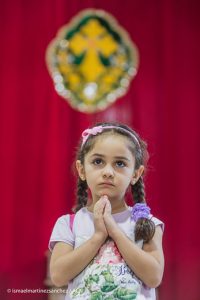 Prayers are being organised every day for the release of Father Pier Luigi Maccalli, the SMA Priest who was abducted on the 17th of September in Niger.

The prayer which is held on Radio Maria Liberia is being championed by the brother of the abducted Priest, Fr. Walter Maccalli who is also a missionary of the Society for African Missions.

ACN (Malta) invites you also to pray for Father Pier Luigi and many others who are being persecuted for their faith.

May our Lady help of Christians intercede for the persecuted Church. Amen.