Aid to the Church in Need is providing vital assistance for Nigerian widows and orphans who lost loved ones in violence perpetrated by Islamist militants Boko Haram. On an ACN fact-finding and project-assessment trip to north-east Nigeria in March, Church sources reported that extremists had killed more than 20,000 people across the region.

ACN has agreed a €70,000 package of food parcels and schooling for 1,000 orphans, and counselling for 500 widows, many of whom saw their husbands killed by the jihadi fighters. The aid for the persecuted Christians is going to the Diocese of Maiduguri, in north-east Nigeria, the area worst affected by Boko Haram which has repeatedly declared its intent to rid the area of Christians. 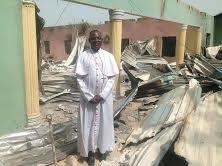 Bishop Oliver Dashe Doeme of Maiduguri told ACN that the money will go to the large families who “have been struggling through life with great traumatic experiences”. With most families having more than six children, the bishop has established St Judith’s Widow Association to ensure the support fulfils each family’s needs.Each widow will be receiving training with business skills, such as farming and tailoring, and adult education programmes.

Boko Haram has destroyed 25 schools in the diocese since 2009. The terrorist organisation’s name means ‘Western education is forbidden’. Bishop Doeme stressed the importance of ACN’s grant for orphans’ schooling. He said: “[I]t is mostly the children living in the eastern part of the diocese who will benefit from this, as this part is the most affected and the poorest.”

Thanking ACN for the ongoing support, Bishop Dome said: “I wish, on behalf of all the Christians suffering in this part of the world, to thank you at Aid to the Church in Need for recognising and acknowledging our sufferings, our difficulties, our troubles, our pains and our hardships, and for standing by us in this challenging moment.”

Since 2014 ACN has been providing emergency aid for refugees who have fled across the border to Cameroon to escape the extremists.

SITUATION REPORT ON THE ACTIVITIES OF BOKO HARAM IN THE CATHOLIC DIOCESE OF MAIDUGURI, NORTHEASTERN NIGERIA 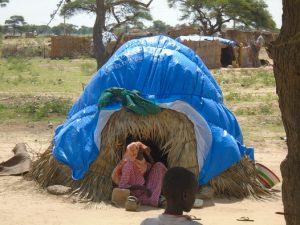 Boko Haram: the Congregation of the People of Tradition for Proselytism and Jihad better known by its Hausa name Boko Haram – it is an Islamic jihadist and takfiri militant and terrorist organization based in the northeast of Nigeria. Founded by Mohammed Yusuf in 2002 the organization seeks to establish a “pure” Islamic state ruled by sharia law, putting a stop to what it deems “Westernization.” The group is known for attacking Christian and government structures, abducting and kidnapping; it has also assassinated members of the Islamic establishment who are opposed to their way of thinking.

Boko Haram as a terrorist group emerged in 2009 causing a lot of destruction in all the communities in the three northeastern states. In the last few years, we have seen the intensification and aggressive devastation of the Boko Haram activities in Northern, Central and Southern part of the Catholic Diocese of Maiduguri. The brutality and callousness with which people are killed can only be compared to that of the IS in Iraq and Syria. Many of our people are being forced out of their ancestral homes, villages and towns. Up on till now, thousands are living in caves in the mountains; the few who were able to escape are being absorbed by friends and relatives in Maiduguri and Yola. Thousands have managed to escape into the Cameroons and are living under very difficult conditions of lack of food, shelter and medication.

A good number of our youth were forcefully conscripted, while the aged, women and children were forced to convert to Islam. A lot of Nigerians are trapped and are practising strict sharia in communities like Bama, Gwoza, Madagali up on till Mubi. For the terrorists have declared all these lands to be an Islamic Caliphate. Thanks to the joint military force of Niger, Chad and Cameroon, some of these towns have now been recaptured.

No of persons killed: over 5,000 Catholic faithful have been killed.

Displaced persons: over 100,000 Catholic faithful are displaced, scattered all over Nigeria but majorly in Maiduguri and Yola. Most schools in the East can’t commence regular activities not only because of the terrorists but also because such school premises now serve as refugee camps.

Displaced Priests: out of the 46 priests currently working in the diocese, 26 are displaced. A good number are still hanging out in Yola diocese, which is also under great threat.

Deserted convents: out of the five convents four have been deserted: Potiskum, Shuwa, Bazza and Mubi

Local Govt. \ Communities sacked and occupied by Boko Haram: In Borno State: Mongonu, Gomboru Ngala and Bama. In Adamawa state: Madagali, Michika, Mubi. Other occupied towns include Pulka, Gwoza, Mataka, Gulak, Kaya, Shuwa, Bazza, Yaffa, Betso, Mishara, Vimtim, Muchalla, Kala’a. These are Christian communities with a good number of Catholic churches deserted and destroyed. The joint force has succeeded in recapturing some of these towns. But there is still much to be done as whole communities are reduced to a heap of ruins.
Churches destroyed: over three hundred and fifty churches and rectories have been razed to the ground, a good number were damaged more than once. Out of the 52 Churches inside Maiduguri City, only two were left untouched.

Deserted Parish Churches\ Chaplaincies: Out of the forty parish centers\chaplaincies, twenty-two is presently deserted and occupied by the terrorists.

Affected Schools: The diocese has over forty primary and secondary schools – over thirty in Adamawa State.have been deserted including the Minor Seminary of St. Joseph’s in Shuwa and St. Stephen’s boys’ college Duhu and Our Lady of Good Counsel Madanya- Mubi.