The diocese of Cúcuta lies in the far north-east of Colombia, on the frontier with Venezuela. This year there has been a special reason for celebration, since the local diocesan seminary is celebrating the 30th anniversary of its founding. The rector of the seminary, Father José Abel Sierra Parra, has written to ACN: “We thank the Lord for the fact that during this time he has blessed us with numerous vocations, and also with individuals and associations that have helped us both spiritually and materially.” 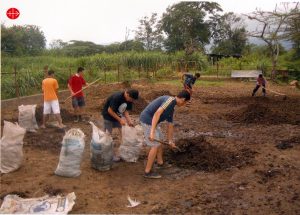 At the present time there are 49 young men in the seminary, training in order to serve one day as priests at the altar of the Lord. Most of them are from poor families who have almost no material means to help their sons on this path, which is the reason why the seminary needs outside help cover the cost of training these future priests. Equally, for the new Bishop, Victor Manuel Ochoa Cadavid, it is a heartfelt wish that these young men can be supported and helped in their vocation. He knows the seminary very well and wants to promote priestly vocations in his diocese even more than before. And so he has turned to ACN, asking us to help for the training of his seminarians, and we have promised him 12,250 Euros for this year, so that no priestly vocation need be lost simply for lack of money. All the seminarians in Cúcuma pray regularly for all the generous benefactors who have helped them on their journey to the priesthood.