PHILIPPINES – “Afraid to go to Mass” 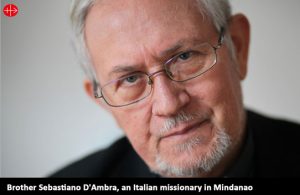 “Until recently the Philippines were a paragon of interfaith dialogue between Christians and Muslims,” said Brother Sebastiano D’Ambra, an Italian missionary in Mindanao. “But now people are even afraid to go to Mass.”

Brother Sebastiano D’Ambra sounds tired when we call him on behalf of Aid to the Church in Need (Malta). It is three o’clock in the afternoon in the Philippines. “I was just updating the Silsilah website,” he says, turning off the computer. The Sicilian missionary has lived in Southeast Asia for 40 years and worked on dialogue and peace between Christians and Muslims for more than half of his life. “Until recently there was total harmony between Christians and Muslims. But now the situation has changed completely” says the priest of the Pontifical Institute for Foreign Missions (PIME).

“The threat from Islamists is constant in the south of the country, especially on the island of Jolo. Kidnappings, violence, persecution … recently they killed a Christian, “he says dejectedly. He adds that “geopolitical and military interests” play a role in this situation “It’s a very complex scenario,” he concludes.

30 years ago Brother D’Ambra started a movement for “dialogue and peace” between Christians and Muslims, which has received international recognition. It’s called the Silsilah Forum and many interreligious Filipino groups are members today. For decades they have lived in a spirit of genuine brotherhood between the two religions. “Previously we had to deal with a traditional form of Islam, but now everything has changed; violent movements have grown and they are getting stronger. “ 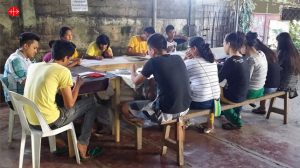 Brother Sebastiano continues to call the Muslim leaders not to continue  “as if nothing is going on”, but to mobilize and inform the authorities of the dangerous situation in which the population is located. But instead “they sit with their arms folded; they are afraid of consequences and choose to keep quiet. ” The truth is that the situation is alarming not only for Christians but also for moderate Muslims.

Brother Sebastiano told ACN that Islam is growing by leaps and bounds in some parts of the Philippines. “In Mindanao was once 80 percent of population is Christian. Today it may be that only 60 percent is Christian and 40 percent Muslim. “

“The Christians feel unhappy. They live in fear, afraid to stand up for their beliefs or go to Mass, despite the presence of the army ” he says. “And many Christians are leavinge here.” Despite this gloomy picture the people in the Philippines remain deeply religious. “The churches are always full” and the major religious holidays, such as Holy Week, celebrated ‘with a lot of enthusiasm “.

One must remember that when Pope Francis visited the Philippines in January 2015, more than 6 million people attended the Mass celebrated by the Holy Father in Manila. This became the largest gathering in the history ever directed by a pope.

The Catholic citizens of Zamboanga, a city in the south of the island of Mindanao, where Brother D’Ambra currently lives, have a special devotion to Our Lady – under the name of Our Lady of the Pillar (Virgen del Pilar). It is a traditional Spanish devotion to our Lady which has persisted in the Philippines  after nearly three centuries of Spanish rule. “The Virgen del Pilar is very important for believers. They always pray to her not to leave us, and even more in the face of this global scourge of violence. “

In Zamboanga they have experienced a form of hatred and terror since 2013 when the Moro National Liberation Front (MNLF) attacked – much of the town was burned down, leaving many people dead. And terrorist group Abu Sayaf is also present. They are mainly active in all the islands in the south of the country and have committed many terrorist attacks, including a recent attack in June, when they beheaded a Canadian tourist.

It is in a climate of violence and intolerance that Brother Sebastiano has to work every day, supported by ACN which has been helping him for years with various projects designed to promote peace and dialogue. A few examples include courses for lay people, campaigns to promote tolerance, support for the establishment of the center of the Silsilah Foundation in Zamboanga and various publications, all intended to promote good relations between Christians and Muslims.