MARAWI: ONE YEAR AFTER

MARAWI: ONE YEAR AFTER

One year after Islamic terrorists were driven out of the city of Marawi in the Philippines, thousands of Christians are still unable to return to their homes, reduced in many cases to debris, with almost all of them still bearing bullet marks. 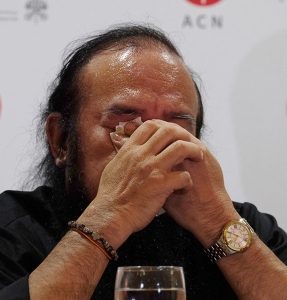 The attack of jihadist groups linked to the self-proclaimed “Islamic State” began on 23 May last year and only ended on 23 October.

During the five months that Marawi became a real battlefield, an estimated 40 per cent of the city was destroyed and 98 percent of its population had to leave.

The attack on Marawi was particularly violent and the Christian community was one of the main targets of militant jihadists.

The attack led to the assault, arson and destruction of the cathedral, as well as the kidnapping of some Christians who were in the temple at the time. One of the abductees was the priest “Chito”, the name by which Father Terezito Suganob is known locally.

In an interview with ACN, he reports the fear and violence he had to witness as a prisoner at the hands of the radical group. “It’s an experience nobody would like to have in life,” he says.

Father Teresito was never alone in this condition. There were always more abductees near him. At one point they became 121. 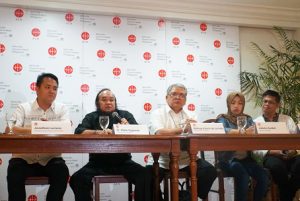 Today, the fate of all those Filipinos who have lived like him an experience of captivity remains one of the priorities of his life and work.

Returning to a normal life, which is never again a reality for Marawi’s people, is a serious concern.

Father Teresito points out the lack of attention and sensitivity of the authorities to the trauma that all those who have been in captivity have experienced.

“So far, we hostages have not been direct beneficiaries of relief aid from people and organizations. We have received a lot of help for the reconstruction, for the churches, but we receive very little support if we have any. So we are victims of war and we are still victims. I do not speak only for myself, but for all the hostages. “

As for Malawi’s future and the role of the Church in the reconstruction of the future, Father Teresito Suganob has no doubts:

“We must continue the vision and the mission, to continue inter-religious dialogue so that we can live side by side as Christians and Muslims in harmony so that we can plant the seed of peace among us. “