INDIA: How anti-conversion laws are fomenting violence against Christians

On the Eve of Indian Prime Minister Narendra Modi’s meeting with Pope Francis at the Vatican, a report entitled “Christians Under Attack in India,” compiled by various Christian NGOs, records 300 anti-Christian incidents so far in 2021. Modi’s nationalist Hindu BJP party is seen as helping foment anti-Christian and anti-Muslim violence and agitation. 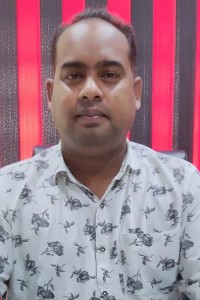 Photo of Fr.Rocky Shah (the public relations officer of the Catholic Diocese of Jhabua)

Christians in the central Indian state of Madhya Pradesh are living in fear after radical Hindu activists stepped up a campaign for the reconversion of indigenous people. “Our people are frightened as radical Hindu groups are pressurising the indigenous Christians to give up their faith in Christianity,” says Father Rocky Shah, the public relations officer of the Catholic Diocese of Jhabua.

“The Hindu activists,” he told Aid to the Church in Need (ACN), “are running campaigns demanding action against priests and pastors who are leading the Christian communities and they threatened to demolish our churches under the false charge that they are built illegally on the lands of indigenous people”.

The Hindu activists’ plan to destroy churches in the district, however, was frustrated by timely action from the district administration. “More than 300 police were deployed to guard the Catholic cathedral and other church structures,” following the threats from the radical Hindus, the priest says.

“Now the administration is being pressured to issue notices to Christian priests and pastors and some lay leaders asking them to personally certify before the district official if they became Christians by force.”

The government of Madhya Pradesh implemented a stringent anti-conversion law in January 2021 that has provisions for up to 10-year prison terms if anyone converts to religions other than Hinduism, especially Christianity and Islam, in violation of the law. The law, however, permits anyone to return to Hinduism from other religions, terming it as a mere case of ghar vapasi (home coming).

Father Shah believes the new anti-conversion law amounts to Christian persecution, with Hindu groups openly challenging the faith of the indigenous people who have become Christians. After the new law came into force in the state more than a dozen Christians, including priests, were jailed and prayer meetings were obstructed following the allegation of religious conversion—a charge anybody can level without any proof. “Even an act of Christian charity can be construed as a case of attempted conversion,” Shah says.

The priest also reported that Hindu activists organized a reconversion function in the district headquarters, featuring a reconverted tribal member, apparently to encourage indigenous people to return to their animist religion, which they left to become Christians.

“When we tried to verify details of the “reconverted Christian”, we found that neither was he an indigenous person nor was he based in the diocese. He was brought from outside the area to demoralize the indigenous Christians,” Father Shah added.

Christianity in the diocese, the priest asserted, “is more than a century old and the faithful are second or third-generation Christian. But still the Hindu activists are after them to reconvert. Still, people are strong in their faith and are not willing to go anywhere.”

“Our pastors are getting summons, including myself, from the district administration to prove our Christian background,” said Paul Muniya auxiliary bishop of the Pentecostal Shalom Church based in Jhabua. “I appeared before the official on Sept. 22, now I am summoned again” he said, adding, “I will take the chance to witness my faith before the official as I have nothing to hide,” the prelate told ACN.

Christians are also contemplating on taking legal action if harassment and persecution from the radical Hindu groups continues. “We will co-operate with the administration as we have nothing to hide,” asserted Father Shah, who himself is an indigenous priest.

“Our properties, including churches, were built legally with due permission from the government authorities. Therefore, we have no objection to submitting such details before the officials if that is required.”