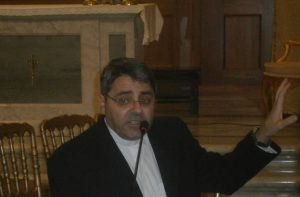 Fr Ziad Hilal S.J. who came to Malta as a keynote speaker for the launch of “Religious Freedom in the World” report 2016, also had a full programme of visits to various parishes all over the Maltese islands. Immediately after the launch on Fri 25 Nov Fr Hilal headed off to Gozo, where he concelebrated evening Mass at Ta’ Pinu sanctuary and spoke about the situation in Syria.

An early start on Saturday morning saw Fr Hilal being interviewed by several journalists who were eager to hear about his experiences running Aid to the Church in Need’s various humanitarian aid projects in Syria and Lebanon. Among them he mentioned the ACN community kitchen in Aleppo equipped with its own generator which feeds 10000 people daily, projects to provide families in Aleppo with electricity and water as public supply was cut off 3 years ago, aid for displaced families and the St Anthony clinic in Lebanon which provides medical care for Syrian and Iraqi refugees.  Fr Hilal was also interviewed live on Radju Marija and another interview was filmed by a national TV station to be shown on the Saturday evening news. 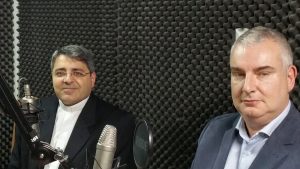 After the media interviews, in spite of his hectic schedule Fr Hilal took time to visit the convent of the Poor Clares in St Julians.  The Sisters had expressed a special wish to meet him but as they are an enclosed order they could not attend the launch.

In the afternoon, Fr Hilal went to Birgu, where he concelebrated Mass at St Lawrence church with Archpriest Fr Joseph Mizzi. Parishioners were moved by his account of the day to day hardships endured by the people of Aleppo in Syria, who have been without electricity and water for 3 years.

Later that evening Fr Hilal visited the parish of St Sebastian in Qormi and concelebrated evening mass with the parish priest Fr Joseph Buhagar. In his homily Fr Hilal spoke about the disaster which had befallen his country of Syria where people were suffering as a result of the war which has been going on for 5 years and devastated the country.

Sunday 27 Nov was Fr Hilal’s last day in Malta. He made an early start by concelebrating the 9.30am Mass at St Philip parish in Zebbug with Fr Daniel Cardona. 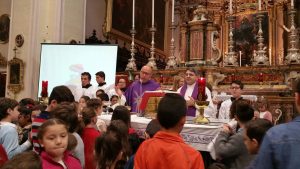 As this was the children’s Mass and there were many young families among the congregation, Fr Hilal spoke about a Project for Peace in which a million Syrian children, both Christian and Muslim, participated. He showed the Zebbug children drawings made by Syrian children expressing their desire for the war to end so they could study and play in peace, which he had brought with him from Syria.

The last parish visit was to St Gregory in Sliema where he concelebrated the 11.30am Mass with parish priest Fr Victor Scicluna. Parishioners were impressed to hear about the work Fr Hilal was doing with displaced families and those whose lives had been devastated by the constant heavy bombing in Aleppo. After Mass Fr Hilal said farewell to Malta and was driven to the airport for his return flight home. 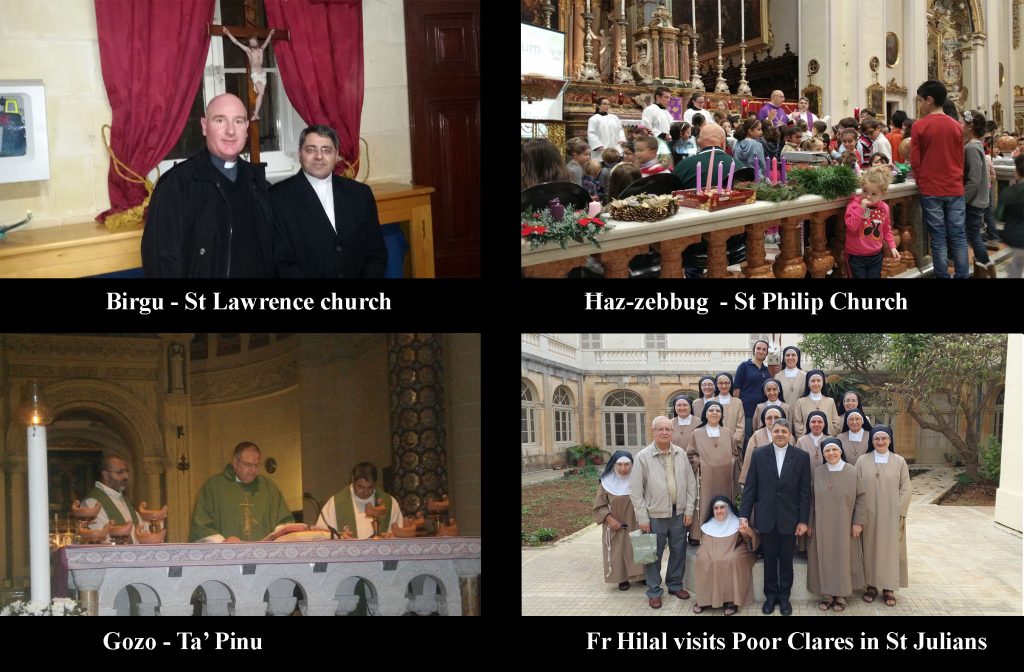