The National Director of Aid to the Church in Need (Malta),  staff, benefactors and friends would like to congratulate H.L. Mgr. Carmelo Zammit on his consecration as Bishop of Gibraltar.

We pray God and Our Lady to guide H.L. Mgr. C. Zammit in his new mission as Bishop in the Diocese of Gibraltar.

The 66-year-old Judicial Vicar of the Archdiocese of Malta, Mgr Zammit, was recently consecrated as Gibraltar’s next Bishop. He replaces Bishop Ralph Heskett, who in 2014 was made Bishop of the Diocese of Hallam, Liverpool. Mgr Zammit said it was a great honour to have been trusted by the Pope, and that he would do his utmost to serve the Church in his new capacity as Bishop of Gibraltar. 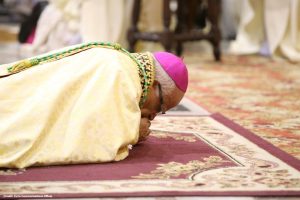 Mgr Zammit is no stranger to Gibraltar, having spent more than 20 years there in the service of the Diocese. On completing his studies in Rome, the young Fr Zammit was invited by the bishop of Gibraltar to serve there as a priest from 1976 – 1998. During his stay in Gibraltar he was appointed Judicial Vicar and served as parish priest of St Teresa and Sacred Heart parishes. Gibraltar has five parishes which serve the largely Catholic population.

Mgr Zammit was a delegate for the bishop on the Board for Religious Education for government schools and served as a Chaplain in the Boys’ and Girls’ comprehensive schools in Gibraltar between 1976 and 1987.  He also served as Prison Chaplain and was a member on the Prison Board. 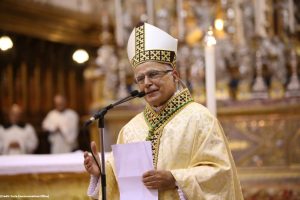 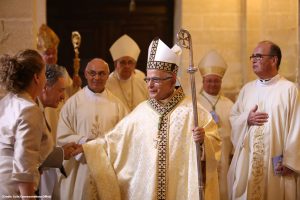