The seeds of Faith are beginning to blossom as the Church in Russia experiences a Springtime of Faith. We are witnessing a long-awaited revival of faith in Russia and many of you, as kind benefactors of ACN, have played a part in nurturing this growth.

This year, we are counting on your continuing commitment to support our brothers and sisters who are persecuted and oppressed around the world.

Please help us bring the light of Christ’s love to those who suffer for the Faith we all hold dear.

A hundred years after the Russian revolution saw the country caught in the iron grip of Communism, I was privileged to return to see once more how the Faith is flourishing in Russia following the collapse of the USSR.

What stood out from my trip were the bridges that have been built, and are in the process of being built, between the Catholic and Orthodox Churches.

At St Petersburg’s Catholic Seminary, students – who are being supported through your generosity – are studying modern media communications alongside Orthodox seminarians.

Ecumenical encounters are at the heart of our work in Russia.

In Stravropol – whose name means City of the Cross – we are working with the Russian Orthodox to support a centre helping women in crisis situations. And the local Orthodox Church is helping the city’s new Catholic chapel as it goes through the process of registration. Ecumenical encounters are at the heart of our work in Russia. We are building on the prophetic vision and work of ACN’s founder Fr Werenfried van Straaten. 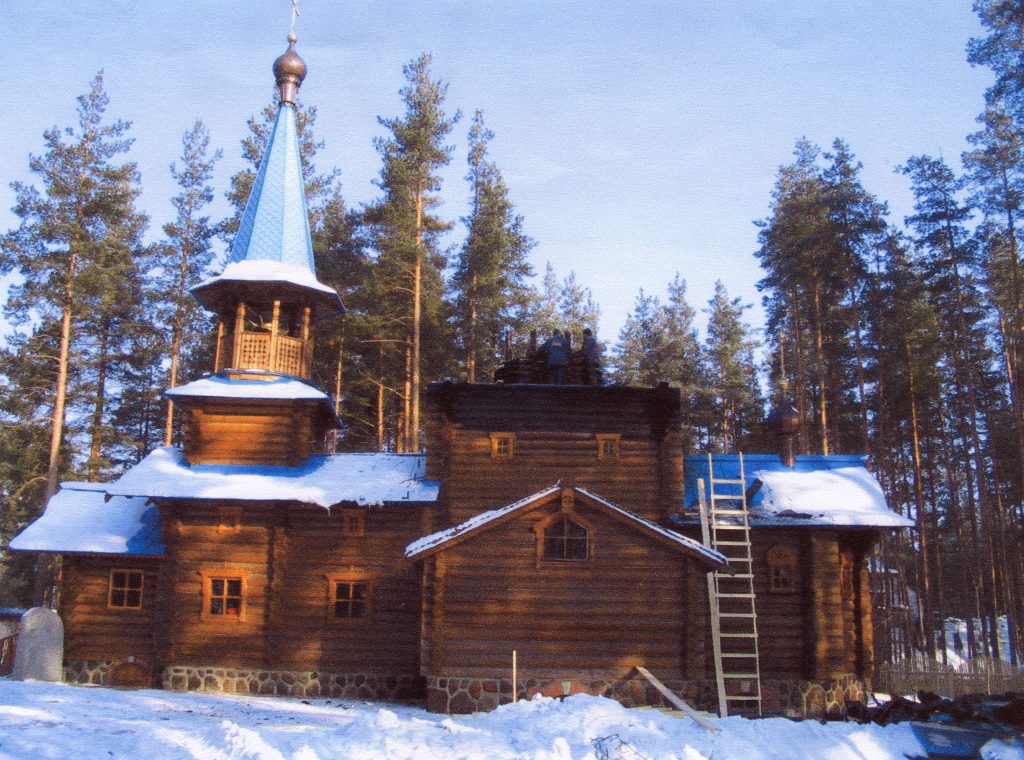 But today these frozen wastelands are beginning to thaw, we are seeing the shoots of a Springtime of Faith – thanks to you, our benefactors, who have supported vital faith-building projects. I pray that Our Lady of Fatima will continue to watch over Russia’s Christians and the work of Aid to the Church in Need.

Offering the hope of life and resurrection

Father Sergij Belkov showed me two of the centres for recovering addicts he has set up – he told me they have an 80 percent success rate.

At Torfjanoe I met six young women from different parts of Russia and one from Ukraine. They are mostly in their early twenties. Alexandra, a former addict who has returned to be a volunteer, told me what a difference the centre has made: “This changed everything – everything in life, in relationships and with all people.Now I am a practising Christian. I love my work here and would like to volunteer here for a year or more. Afterwards I want to become a vet!”

In Sapernoye, 65 miles north of Saint Petersburg, I meet some of the 45 young men at another centre, located on the edge of the woods. It has its own chapel and each day begins with forty minutes of prayer and reflection – and each day ends with prayer too. 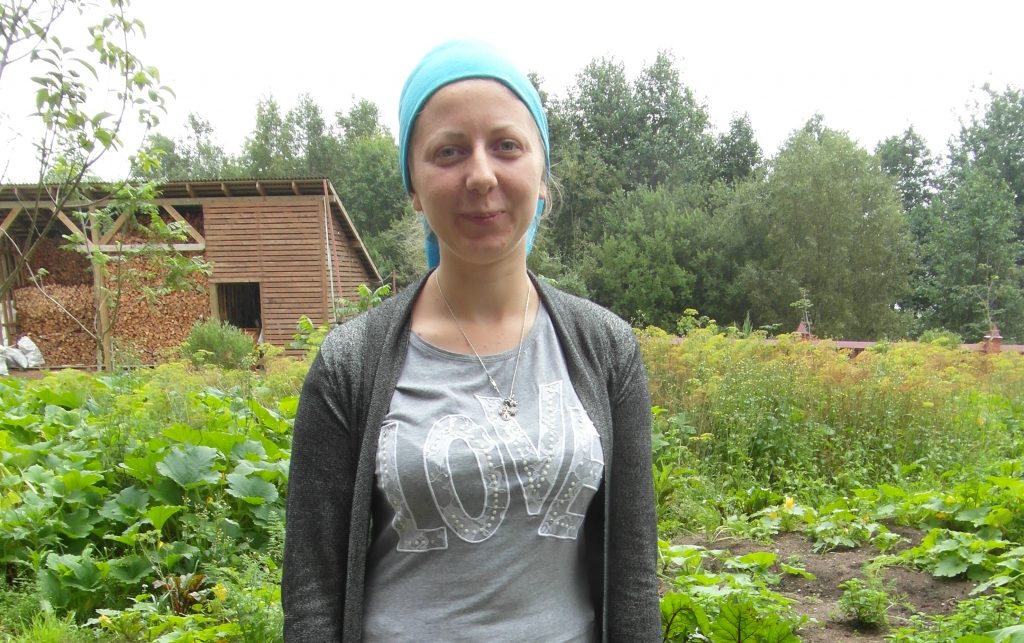 Alexandra who is helping recovering addicts

Fr Sergij tells me it all began when he was in a monastery near St Petersburg: “Some young drug addicts came to the monastery to seek help and to save their lives. This moved and inspired me – I was struck by the dependency on drugs. In 1996 I started the centre in Sapernoye with four boys.” At the centres, residents learn practical skills they can use after they leave.

There are now 80 centres in Russia. Fr Sergij says: “In our new centre and farm being developed at Krasnoarmeyskoe, with ACN help, we hope to produce cheese. There are presently six people there and the church is being built – and we plan to have up to seventy in time.”

ACN has promised more than £11,000 to cover the cost of cheese making equipment and for equipping a cattle stall where the animals can be kept.

“Thank you to the benefactors of ACN for giving pastoral and practical help – you helped with the carpentry machinery here, the kitchen and store at Torfjanoe and also for the farm at Krasnoarmeyskoe. We pray every day for the benefactors, that is our rule!”

In Stavropol we went to Sunday Mass in an old framers’ workshop, which acts as the Catholic chapel – between 20 and 30 people squeezed in. But this small community is on the move.

The old church was seized by the Soviets and split up into flats for the party elite. Fr Jaroslaw Mitrzak – the first Catholic priest permanently resident in Stavropol since the 1917 Revolution – has bought one of these flats to convert to a chapel. ACN has provided c.£53,000 for the work.

Clearing the debris of Communism

Tomorrow’s priests are being trained at the Catholic Seminary of Mary, Queen of the Apostles in St Petersburg – to minister to Russia’s Catholics, who clung to their faith in secret during decades of Communist repression. The historic seminary building was returned to the Church in a terrible condition following the fall of Communism.

Initially, they could only use the first floor, and seminarians crammed into the limited space available – but gradually work is continuing to allow more seminarians to pursue their vocation. It was marvellous to see what work has been done since my previous visits – I remember my first visit in the 1990s when they were still clearing debris.

As I reflect on this fascinating trip to Russia, I think about the bridges that have been built and are in process of being built between Catholics and Orthodox. This fruitful work that you have supported for so many years was inspired by the prophetic vision of Fr Werenfried – as well as Saint John Paul II’s call for “the Church to breathe with both lungs and proclaim the Gospel… across the frozen spiritual wastelands of the East.”

DOWNLOAD FULL REPORT
Your kind gift of any amount will support our vital projects and the Suffering Church in Russia.
adminacn2020-12-17T12:34:33+01:00