Christians in Iraq have the opportunity to return back home to their towns and villages and lay claim to their land. Please make this a dream a reality.

After years after being forced out of their towns and villages by extremist group Daesh (ISIS) – thousands upon thousands of Christians are now returning to their homes and villages in the Nineveh Plains.

When Daesh was first forced out of Nineveh back in late 2014, the devastation was so bad that – initially at least – the Christians abandoned the long-cherished dream of going back home. With nearly 13,000 homes damaged or destroyed, not to mention the 363 churches desecrated.

But in just eight months, more than 6,700 families – over 30,000 people – have already returned. None of this would have been possible without you, the benefactors of Aid to the Church in Need. But there is still so much to do!

With so many families returning, it is difficult to keep pace with the demand for vital repairs to homes and churches ransacked and burnt by Daesh. Add to that the emergency help that we have been giving – food and shelter, warmth and clothing, medicine and trauma counselling.

CHRISTIANS OF IRAQ NEED YOUR HELP

Chaldean Catholic Archbishop Bashar Warda of Erbil has repeatedly said that had ACN not helped when it did the very survival of Iraq’s Christian community would have been in doubt.

In a recent address at the UN Headquarters in New York and elsewhere he has said: “Our people, whose roots in Iraq go back 2,000 years have suffered genocide. We are determined now to build a new future back in the ancient heartlands but to do so we need your continuing prayers, your help and your support.”

Christians returning to Qaraqosh and other Christian towns and villages in the Nineveh Plains have been encouraged by the government with the promise of giving them back their old jobs. Alongside this, there is a massive injection of aid to rebuild homes. ACN is helping to repair hundreds of houses under a Church-led scheme – over 2,000 homes across the Nineveh Plains have been restored and another 7,000.

ACN is helping to fund the rebuilding project, which is so vital to keeping a Christian presence in Iraq. Without the help of benefactors like you, these families will not be able to make the journey back.

WHO ARE WE HELPING 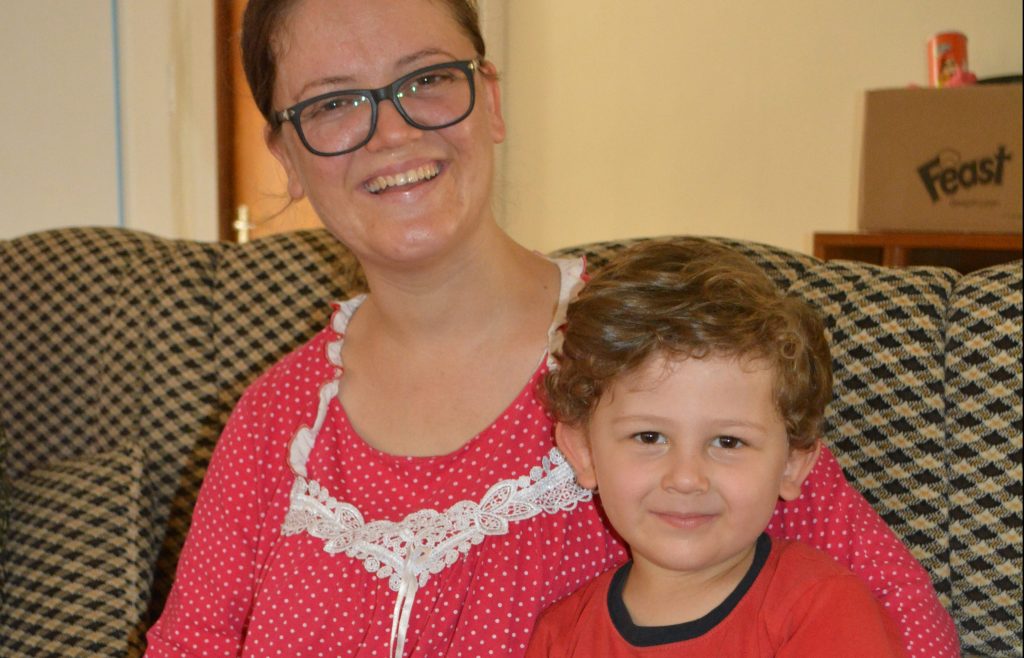 In the summer of 2014, Arthar and her husband, Ashour, and their one-month-old son Majed, were amongst the 120,000 Christians forced to flee when the extremist group Daesh suddenly descended on their towns and villages in the Nineveh Plains.

The extremists were intent on wiping out all Christians from Iraq – homes were seized, churches were desecrated and those captured were given the stark choice of converting to Islam or being killed. The family fled leaving all their possessions behind with no idea whether they would ever return.

They eventually found sanctuary in Erbil, Kurdish northern Iraq, and received emergency help from Aid to the Church in Need including food, medicine and shelter. This was all made possible thanks to the kind benefactors of ACN who have sustained Christians in Iraq in such a remarkable way.

Arthar’s little son Majed has seen so much upheaval in his young life, but thanks to you their story does not end there. Through the help of an ACN-backed rebuilding project, more than 2,000 homes have been renovated in the Nineveh Plains and more than 7,000 others have been registered for restoration. Now, Athar and her family are back home, full of joy thanks to your kindness which has enabled us to repair their damaged home.

For more than three years, you, the benefactors of ACN, provided them with food and shelter in a displacement camp in Kurdish northern Iraq.

Majed is now going to a kindergarten in Qaraqosh run by Dominican Sisters funded by ACN. Athar said: “Without faith, we wouldn’t have had the courage to come back – Please help more families to return by repairing their homes.”

YOUR HELP IN ACTION

Thanks to you, Iraq’s Christians are at last returning home

With your help, we are able to:

Please help us to provide Christians in Iraq with emergency aid, food and shelter and keep a Christian presence in Iraq

Drawing on a fresh fact-finding visit to northern Iraq and the latest facts and figures from ACN’s projects department – this report celebrates progress to date and sets out the many difficult challenges that lie ahead.