UKRAINE: ‘People are afraid of the winter’

The people will find it very difficult to survive during the winter with no energy to heat themselves in -20º temperatures. ACN has approved aid packages to counter the energy crisis.

“We are afraid that the wave of Russian missile strikes and the coming of winter to regions which have no heating infrastructure will lead to an increase in the number of internally displaced. Children, and women whose husbands have been killed in the conflict, or who are fighting at the front, will be the most badly affected”, says Magda Kaczmarek, head of projects for Ukraine of the international foundation Aid to the Church in Need (ACN).

According to the Government of Ukraine, 50% of all energy plants have been destroyed. Kaczmarek believes that “recent Russian drone attacks are not targeting strategic military objectives”,but are instead “making the daily lives of Ukrainians more difficult”, and also making it “impossible to survive the winter in these places”. 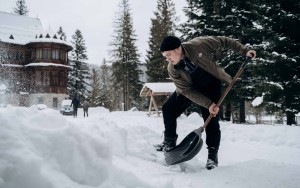 ACN has responded to these needs by approving a financial aid package to offset the energy crisis in Ukraine. Projects include the purchase of wood stovesand generators, including 40 small generators for the Exarchate of Donetsk, where two priests were recently taken into custody by Russian militia. There are also plans to change heating systems in three parishes, two convents for women religious, one bishop’s residence, a parish house and the Ternopil seminary.

One example of this aid is the purchase of wooden stoves for the Diocese of Kharkiv-Zaporizhzhia, in eastern Ukraine, a mere 30 km from the Russian border, where the winters are particularly harsh. Kaczmarek was unable to travel there, for safety reasons, but has kept in constant contact with the local Church.

Part of the diocese is occupied by Russian forces, but the houses in the liberated territory are almost all partially or totally destroyed. The war has caused many deaths here, both of soldiers and civilians, and has devastated work places and homes.

“Many people have abandoned Kharkiv, but the elderly, the sick and many poor have stayed behind. Now, of course, they are afraid of the winter. Many are asking how they will be able to survive, given the fact that prices have risen so drastically and the increasing difficultyin buying water, gas or electricity”, Kaczmarek explains.

Concern over the bitter winter cold led the bishop of the Latin diocese of Kharkiv-Zaporizhzhia to ask ACN for help, to avoid the worst of the consequences. “Winter is just around the corner. It is going to be a big challenge to warm homes and cook food, because not everybody has access to electricity or gas. Many people have come to us asking for help”, Bishop Pavlo Honcharuk tells ACN, which offered help in the form of the wooden stoves that were requested. 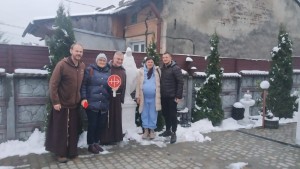 Of course, Kaczmarek explains, the energy crisis affects the whole country, and not only the conflict zone. Seminaries, convents and parishes fear the worst is yet to come. “We experienced this first-hand during our recent visit. The nuns at one of the convents we went to had no electricity or water, and the temperatures were incredibly low”, says ACN’s head of projects.

Faced with the shortages of electricity and gas, many are trying to change to different heating systems. The rector of the seminary of Ternopil, Fr Ivan Rymar, is one of many who have asked for help to switch from natural gas to combustible pellets, made of compressed wood chips, a more reliable fuel source. The seminary already produces pellets, and thanks to the help provided by ACN it can significantly reduce the cost of heating the seminary.

“We are going through an extremely difficult period in Ukraine”, says Bishop Pavlo Honcharuk. “Once again, we are very grateful for your help. We are also grateful for the prayers and the support we have received from so many people during the war. May God reward all the benefactors of your organisation abundantly, one-hundred-fold.”