Between 1994 and 1996, Bishop Pierre Claverie O.P. and 18 others were killed during the Algerian civil war. The cause for their beatification opened in 2007 and at the beginning of this year, Pope Francis signed the decree confirming that they died in “odium fidei” (hatred of the faith) thus recognizing them as martyrs. 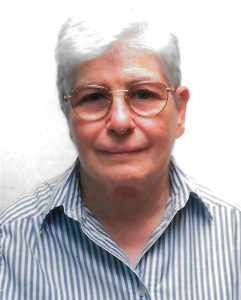 On December 8th the ceremony of beatification will take place in the Cathedral of the Diocese of Oran, where Mgr Pierre Claverie O.P. was Bishop.

Sr Yvonne Gera, a Franciscan Missionary of Mary who worked in Algeria for 22 years and knew each of the 19 martyrs personally, speaks about the martyrs and her experience in Algeria at the time.

ACN (MALTA): The official document of the Congregation for the causes of Saints describes the 19 Martyrs as “Bishop Pierre Claverie and 18 companions”, who are they, really?

Sr. YVONNE GERA: Yes. They are Bishop Pierre Claverie, seven Trappist monks from Tibhirine, one Marist brother, four White Fathers, and six Nuns from various congregations that had a presence in Algeria (one of them, Sr. Jean LittleJohn was a descendant of Maltese family). They all worked with the people; helping the poor, the sick, the children.  The Marist brother Henry worked in a Library of the diocese that attended to more than a thousand youth especially poor children, some of the sisters were Nurses. The 7 Trappists had a clinic, one of them was a doctor and all the people came. They didn’t ask if they were Muslim or Christians before helping them. Bishop Pierre Claverie always spoke the truth to the government and the people.

ACN (MALTA): Can you give us a background of the situation that led to their death?

Sr. YVONNE GERA: First of all I would like to say that the war in Algeria was not a religious war but a civil war. The Islamists took advantage of the situation. On October 3 1993, all foreigners were warned that if they didn’t leave the country by the end of the year, they would be targeted.

On the eve of Christmas 1993, the terrorists visited the Monastery. They wanted money but the Prior told them, “we live on our crops”.

All of a sudden the bell rang for Christmas Eve Mass and he told them, “Today is born the King of Peace” and they told him, “Aissa” (meaning Jesus in Arabic). They left but told Fr. Christian that they will come back.

Between 1992 and 1993, the Church lost almost all foreign Catholic families. The warning notice was not only to religious but also to all foreigners.

Even as we were targeted, we all stayed. We used to say that the captain is not going to leave the ship while it is sinking. So we all remained.

ACN (MALTA): They are being beatified together.  What do they have in common?

Sr. YVONNE GERA: At that time, almost all religious had to write to their superior general that they were willing to stay. Those who were afraid left. But one thing these 19 had in common was that they decided to stay despite the threats. They continued working and taking care of the people. And they died at their duty posts.

ACN (MALTA): You were also working in Algeria during this period. What was your experience?

Sr. YVONNE GERA: I worked 22 years in Algeria and during which were 14 years of war. Why I am here and was not killed during that time, I don’t know. I was also a target. In the morning I tell the Lord, “keep your Hand on me, and help me to do my duty”.

One morning, I received a call from the French Ambassador. He asked to speak with Mgr Henri Teissier. I told the ambassador that Mgr Teissier was with the Cardinal who just died. He told me go and tell Mgr Teissier to phone me. I went and Mgr Teissier phoned the ambassador . He told him,  “Go to the French hospital”. We went to the French hospital and there were 7 coffins. At first, they didn’t want to open them but Mgr Teissier told them, “If you don’t open it, I can’t say if they are the terrorists or the brothers”. Then he opened and in each coffin, there was only the head of each monk (the 7 Trappists). As I was waiting, MgrTeissier told me, “Do you want to see them?”, I replied, “yes, for the last time”. It was horrible to see.

The Church suffered a lot. But it was a Church of presence. We never preached. We didn’t go and preach here and there but everyone was welcomed and they came. I was in charge of all the clinics of the Church and all clinics had a centre for malnourished children and a centre for mother and childcare. Everything was free.

In the Basilica of Our Lady of Africa, it is written “pray for us and for the Muslims”. And the young mothers (including Muslims) who could not have a baby used to come to pray to our Lady, bringing a doll, and when she had the baby, she came to present her to Our Lady. We never had difficulties with the people. During Ramadan, we used to be invited every evening to different families to have the meal with them.

ACN (MALTA): Even today, many Priests and Religious who work in crisis ridden countries suffer threats to their lives. Some have been abducted and even killed. What word do you have for them?

Sr. YVONNE GERA: We are missionaries. Whatever happens, we are missionaries. We know that that is our vocation and I say one thing, “you will receive more than you give”. It is sometimes difficult, yes but the Lord has called us. If the people suffer, we suffer with them. It is our vocation and the Lord is always there to help us, even in suffering or in martyrdom. These 19 martyrs knew that they were targeted but they remained. Don’t be afraid, the Lord is there to help you.