As churchgoers were leaving evening Mass at St John and St Columba’s Church in Rosyth, 14 miles northwest of Edinburgh, a gang of youths threw raw eggs and hurled “anti-Catholic abuse” at Fr. Kevin Dow and his parishioners.

Ten children aged about 12 were involved in the incident, which is being treated by authorities as a hate crime. Scottish police said that investigation is ongoing.  A 12 year-old boy has been charged with threatening and abusive behavior 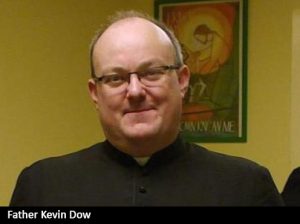 “It’s dreadfully sad that in today’s Scotland we still have young people who seem to be brought up or encouraged from elsewhere to be anti-Catholic and to do so in an open, intimidating and violent way,” Fr. Dow said after the attack.

This is not an isolated incident in Scotland. There were others in recent years. In July 2016 young people shouted anti-Catholic chants at a visiting priest and parishioners in Broxburn, West Lothian. In May 2015, a parish in Livingson, also west of Edinburgh, was extensively spray-painted with anti-Catholic graffiti.

When the moderator of the Church of Scotland, John Chalmers, met with Pope Francis in February 2015,  he declared that such an encounter “means almost the end of that sectarian divide” which Scotland has experienced since the Scottish Reformation of the 16th century. This led to the formation of the Church of Scotland which is the country’s largest religious community and follows the Calvinist and Presbyterian tradition.