When ISIS extremists ravaged the lives and livelihood of Christians in Iraq, persecuting Christians for years, there were fears it could spell the end of almost 2,000 years of continuous Christian presence in that country.

But – thanks to your kind solidarity – a miracle of Faith is taking place.

Not only have you helped the faithful survive one of the darkest periods of Christian persecution, but – with your support – Aid to the Church in Need (ACN) is helping Christians who are returning back home to rebuild their lives. 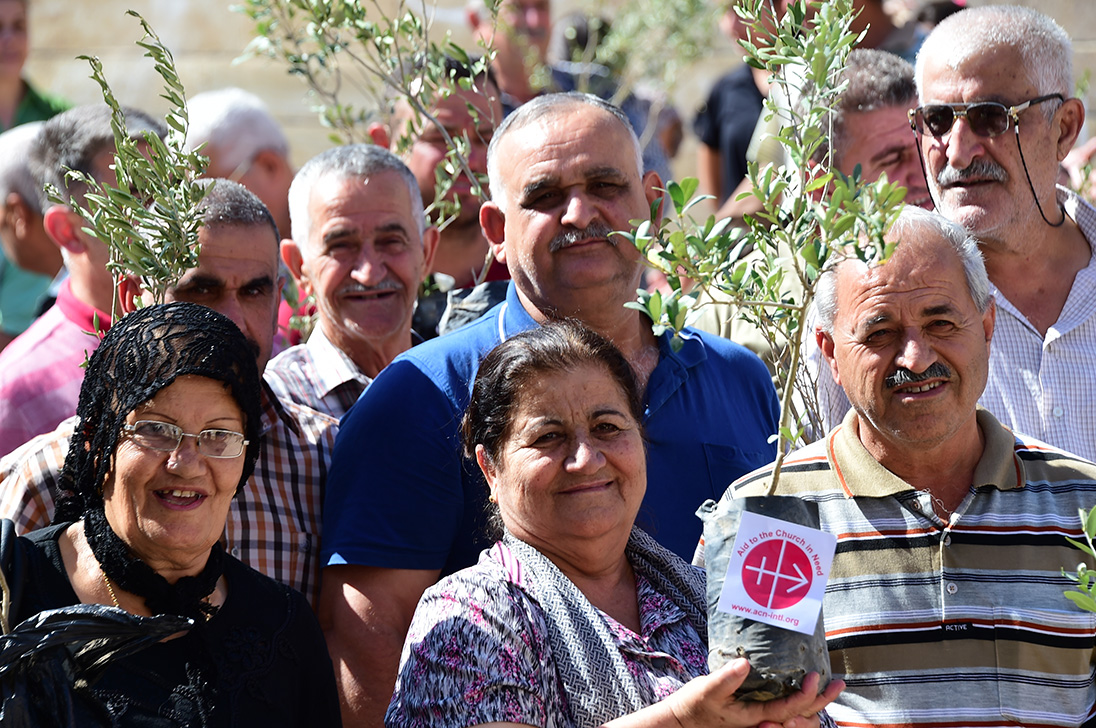 Iraqi Christians at a palm tree distribution to symbolise a message of hope, at Virgin Mary Syriac Orthodox Church in Bartela

Why did Pope Francis travel to Iraq?

Pope Francis travelled to Iraq from Friday 5th to Monday 8th March 2021: a visit which is hoped to open a new chapter in the existence and survival of Christianity in the Middle Eastern Country.

“I think constantly of Iraq,” the Pope has said. “We must ensure that the Christian presence in these lands continues to be… a sign of peace, progress, development and reconciliation between individuals and peoples.”

During his visit to Iraq, Pope Francis met the very people whose presence in the Cradle of Christianity has been sustained by your help. Although COVID-19 restrictions limited how many he met, the Pope celebrated a Mass for 10,000 faithful in a stadium in northern Iraq.

At the end of the Mass, Iraqi refugees were welcomed by Pope Francis who met with one of them – Abdullah Kurdi, father of a drowned Syrian refugee boy – and the Pope called for an end to conflict and sectarian violence.

Thank you so much, dear benefactors, for what you have done – but there is still so much to do.

Christians in Iraq need our help

Help us save the future for children in Iraq who cannot start their education unless their schools are rebuilt. Young people, who are the hope of this Christian heritage, are leaving Iraq due to poverty and unemployment. Aid to the Church in Need needs to help them stay to secure the future of Christianity in Iraq.

In addition, Priests cannot fulfil their ministry unless so many churches, that have been desecrated, are restored for worship.

At a time of the global pandemic, Iraq has been especially badly hit but, with your help, ACN is giving urgent COVID-19 medical aid.