ACN is embarking on a project to provide scholarships’ support for young Iraqi Christians studying at the Catholic University of Erbil to give them hope for a better future.

ISIS attacks caused Christians to migrate in great numbers, posing a major threat to the Christian presence in Iraq.

Chaldean Archbishop Bashar Warda of Erbil told ACN: “In the years prior to 2003, we numbered as many as one-and-a-half million – six percent of Iraq’s population. Today, there are perhaps as few as 250,000 of us left. Maybe less”.

Could this be the end of Christianity in Iraq? 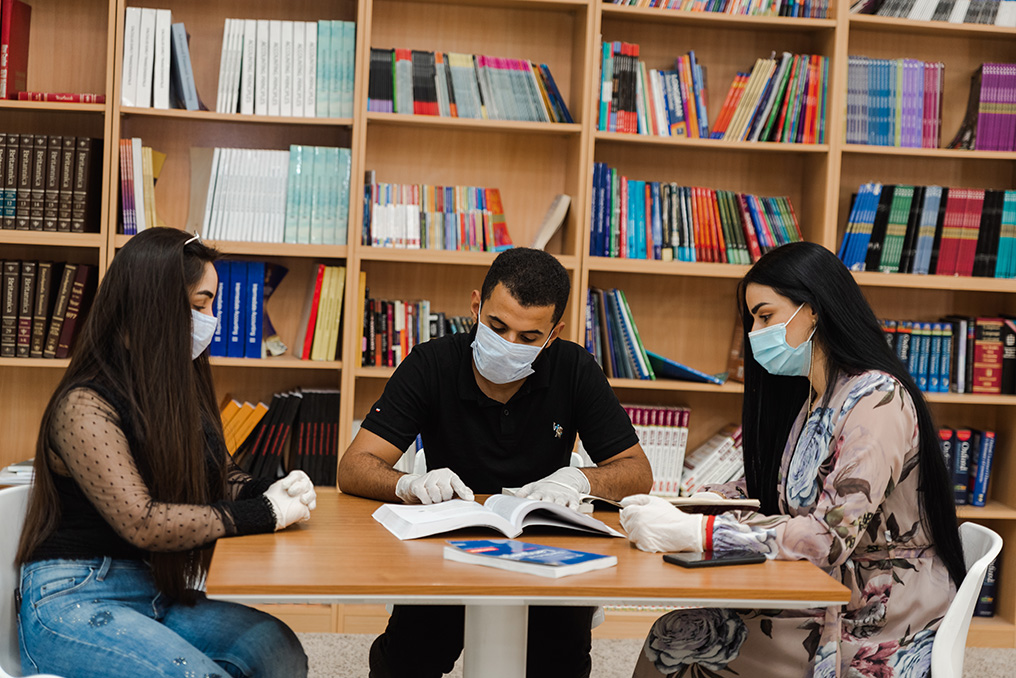 Young Iraqi Christians studying at the Catholic University in Erbil

A Church, whose roots dates back to the first century AD, is facing extinction, not only as a result of forced expulsion but also due to the loss of confidence and self-assurance among remaining Christians who fear for their safety.

In the face of this challenge, the Catholic University of Erbil, is seeking to offer a different solution by providing young people with better prospects for the future and Aid to the Church in Need is supporting this initiative.

“If young Christians can be given an opportunity to gain a good education, then they will remain in Iraq,” says Dr Thomas Heine-Geldern, ACN’s Executive President.

ACN invests in the tertiary education of Iraq’s young people

“ACN has already done everything possible to help the Christians to stay on in their native land, by investing in the reconstruction of a number of homes, churches and essential infrastructure. Now is the time to invest in young Iraqi Christians,” he said.

Immediately following the visit of Pope Francis to Iraq, ACN is now prioritising a new project to provide scholarships’ support for young Iraqi Christians who are unable to afford tertiary education.

The students, many of whom belong to displaced communities driven out of their homes by ISIS, will have a fresh hope for a better future. This year, Erbil’s Catholic University’s intake amounted to only 66 students but the Archbishop of Erbil, Mgr Bashar Warda, wants to build this number up to at least 250 students in the next phase, by expanding the range of degree courses for the university to have an equal standing with other higher colleges of education across Iraq.

Enabling the students to gain university degrees and go on to take important leadership roles in society is a critical part of the struggle to ensure the long-term future for Christians in Iraq.

Archbishop Warda told us: “Assisting the Catholic University in Erbil is a critical anchor project to enable Christians to remain in Iraq.”