Thanks to a donation from Pope Francis, ACN has been able to help persecuted Christians in the Nineveh Plains, in Iraq.

Iraqi Christians, who have been through years of harsh persecution by ISIS, are looking to Pope Francis for support and spiritual guidance.

Long before this papal visit, Pope Francis has set a tangible example by being the first to assist these Christians through ACN.

Pope Francis donated a Lamborghini gift to the Christian communities 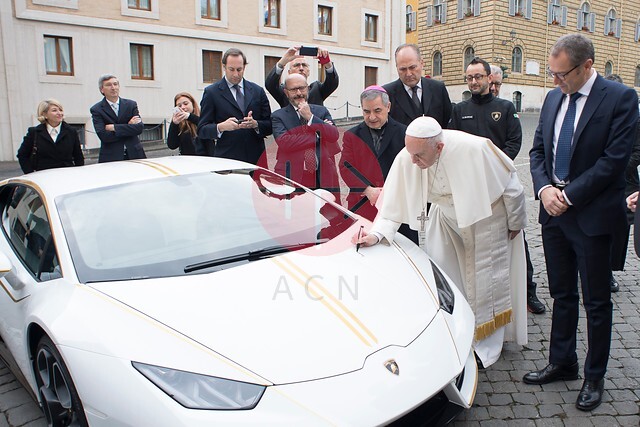 Pope Francis signing off the brand-new Lamborghini gifted to him, to be auctioned and donated to Charities, including ACN

In November 2017, Pope Francis was given a gift by the famous Italian Lamborghini car manufacturer of a personalized version of its top-end Huracán sports car.

After writing his autograph on the bonnet, the Holy Father decided to auction the car to the highest bidder and donate the proceeds to Charity.

Aid to the Church in Need was one of the charities designated by the Pope and received the sum of €200,000, which was immediately allocated for the support of the Christian communities on the Nineveh plains in Iraq, who were considering the possibility of returning to their home towns and villages of origin after being forced to flee the brutal invasion of the so-called Islamic State.

The Holy Father’s donation made possible the completion of two important projects.

The first of these was the reconstruction of the multipurpose centre dedicated to the Virgin Mary in Bashiqa, which belonged to the Syriac Catholic community and had earlier been totally destroyed by ISIS.

The second project was the rebuilding of the Syriac Catholic nursery school and daycare centre, also in Bashiqa and also dedicated to the Virgin Mary, which had been partially destroyed by the Islamic extremists.

“We are delighted to have finished work on Our Lady’s nursery school, which will help and encourage our children to return to Bashiqa and resume their education,” commented Syriac Catholic Bishop of Mosul, Mgr Yohanna Boutros Mouche.

Helping to Rebuild homes and lives 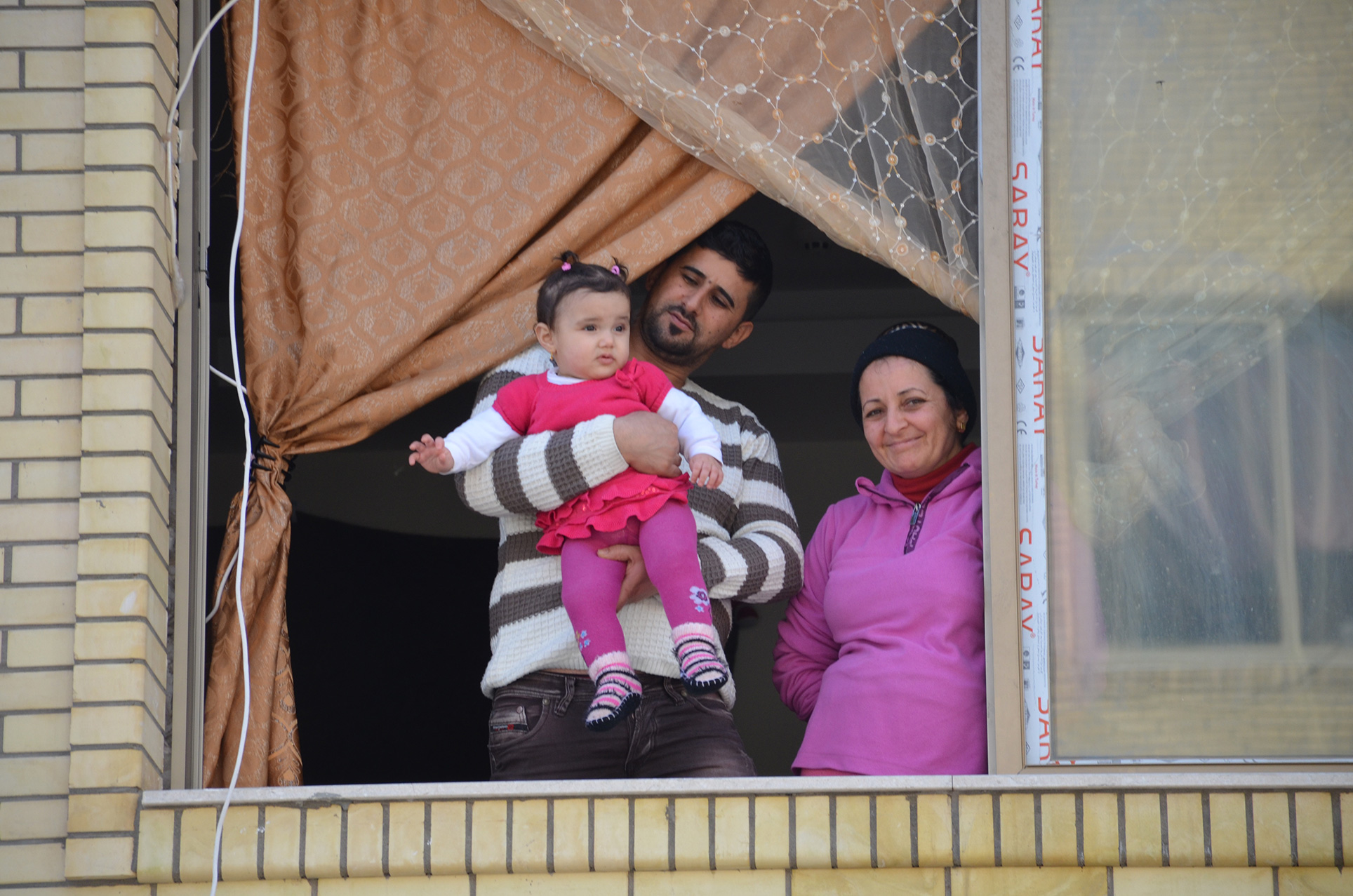 According to the most recent figures available to ACN, over 45% of the families, who originally lived on the Nineveh plains and were expelled by the Islamist violence, have now returned to their towns and villages, thanks in great measure to the wonderful effort of solidarity by the international Catholic community.

Almost 57% of the homes that were destroyed have now been rebuilt, thanks to the contributions of various charitable organisations, including ACN.

On its part, ACN funded the rebuilding of 2,086 out of the 8,458 homes rebuilt in Baghdeda, Bartella, Tesqopa, Karamless, Bashiqa, and Bahzani.