Pakistani Human rights activists say that Punjab police are covering up the systemic abuse and kidnapping of Christian girls. Over 1,000 abduction cases are filed every year in the province. 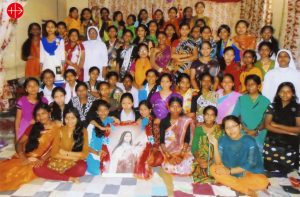 Haider Ashraf, the deputy inspector general of operations for the police department in Lahore, has gone on record as saying that 90 percent of the 1,134 children reported to be abducted in the previous year actually left their homes of their own accord after being admonished by their parents. He added that about 929 of the abducted children have returned on their own, 164 children were recovered and only about four children remain missing.

However, Pakistani Christian human rights activist Mehwish Bhatti denied Ashraf’s claims that most of the children who have been reported as kidnapped in Pakistan’s Punjab province left home willingly. She suggested that some of the Ashraf’s statistics are made up so that the international media can make it seem like everything is alright in Pakistan.

Bhatti, who handles abduction cases as an officer for the London-based charity British Pakistani Christian Association, said that Pakistani teenage Christian girls are being systematically abducted by Muslims and forced into Islamic marriage. She added that when Christian families go to file police reports against the abductors, the local police prevent the families from filing their cases and tell them that their child left the home to elope or because her home situation was not happy.

“We are in touch with over 20 families who have lost children and are receiving no help from local police authorities. Missing persons reports are not being recorded and the police often blame the parents for what they deem to be poor care for the missing child,” said BPCA Chairman Wilson Chowdhry. There seems to be a policy to label missing children as runaways which leaves parents helpless. Batti believes there is an urgent need for a government inquiry into the increasing numbers of alleged missing children and the failure by police to register such concerns. 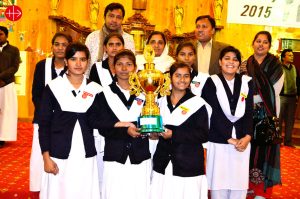 Bhatti expressed serious concern that some missing girls will turn up dead. “Failure to react allows the potential for crimes such as human trafficking, organ trafficking and the kidnap, rape and forced marriage of vulnerable girls to perpetuate and proliferate” she states.

Even Pakistan Supreme Court Justice Saqib Nisar has voiced concerns over reports that over 600 children were kidnapped in a few months. “It has been highlighted that such abductions are orchestrated with the nefarious object of extracting vital body organs of the abductees; while another attribution is for sexual abuse and / or begging etc. through the children,” Nisar wrote. “In any case such large scale abduction, if so, of children in a short span of time is a matter of immense concern and alarm.”

It is not just teenage girls who are being abducted. In the case of another Punjab family that Bhatti has worked with in the province, a mother of three was kidnapped and forced into Islamic marriage with a Muslim landlord. When she escaped, the police threatened to arrest her family members after the Muslim landlord complained to the police. The pressure on the family was so great that they felt forced to return their loved one to the abductor so that they would not face further persecution and arrest.

The British Pakistani Christian Association has petitioned the Pakistani government to stop the systematic abduction and kidnapping of Christian girls by putting an end to the impunity that these Muslim abductors receive.