NIGERIA: Christian communities living in fear and shock as attacks and kidnappings increase

Fr Vitus Borogo and Fr Christopher Odia were murdered in apparent botched kidnapping attempts. Nigeria continues to be beset by criminality, and many priests have been targeted by bandits.

The murder of two catholic priests in Nigeria, over the weekend, has left the local Christian community uneasy and in shock. In a telephone conversation with Aid to the Church in Need (ACN), on Tuesday, 28 June, Archbishop Matthew Man-Oso Ndagoso, from Kaduna, spoke of fear and trauma, following the assassination of a priest from his archdiocese, Fr Vitus Borogo, aged 50, whose funeral was held 30 June.

“Everybody is on edge. All of us, the clergy, the lay people, everybody. People are afraid, and rightly so. People are traumatised, and rightly so. With this situation, nobody is safe anywhere. If you go out of your house, even in the daytime, until you come back, you are not safe”, he adds.

Two others kidnapped in the attack 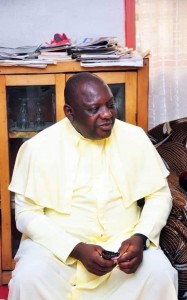 Rev. Fr. Vitus Borogo, killed at Prison Farm, Kujama, during a terrorist raid. Fr. Vitus (aged 50) was the Chaplain of the Catholic Community of the Kaduna State Polytechnic, and the Chairman of the Nigerian Catholic Diocesan Priests Association (NCDPA), Kaduna Chapter.

Criminals attacked Fr Vitus while he was visiting his family on a farm in the Prison Farm region, not far from Kaduna city. The armed men shot Fr Vitus Borogo, taking his younger brother and another man into captivity, where they remain.

“It was completely unexpected. They are kidnappers, they are looking for money. We don’t know why they killed him. Obviously, they wanted to kidnap all of them, but for some reason they chose to kill him, only God knows why”, says archbishop Matthew, adding that “it was really shocking for all of us”.

With insecurity, people are starved of the sacraments

For now, the Church has no more information on the identity of the criminals, or their demands, says archbishop Matthew. Nigeria has been badly affected by violence and banditry over the past few years, and many priests have been targeted by kidnappers. The Archdiocese of Kaduna has been particularly badly hit by violence and strife.

Some weeks ago, in an online conference organised by ACN, Mons. Matthew took stock of the losses: “In the last three years, seven of my priests have been kidnapped, two have been killed, and one has been in captivity for three years and two months. Four were released. In fifty of my parishes, priests cannot stay in their rectories, because they are targets, they are seen as an easy source of money for ransom. I cannot go on pastoral visits like I usually do, priests cannot go to villages and say masses. People cannot go to farm, so they cannot feed themselves. With this insecurity people are starved of the sacraments.”

Fr Vitus is the third priest killed in the Archdiocese, situated in the North of the country.

South of the country also affected 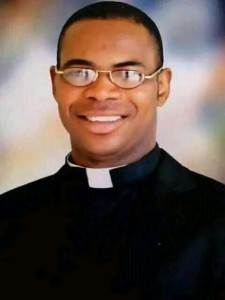 Kidnapping has also become a problem for the Nigerian Church in the South, however. On the same weekend that Fr Vitus was killed, another priest, Fr Christopher Odia, 41, was murdered in Auchi Diocese. The priest was killed during a failed kidnapping attempt, as he was coming out of his rectory to celebrate Sunday mass at St Michael Catholic Church, in Ikabigbo, says a note from the diocese, sent to ACN.

The Catholic Church in Nigeria has been very critical of the Government, blaming it for rising insecurity and for not doing enough to protect the innocent from criminals.