The recent sad tragic events in our country affecting thousands of  Muslims, Rakhines and Hindus and others have brought the concerned attention of the world.  The trigger to violence and the aggressive response are lamentable  We feel with great compassion at the flight of thousands of Muslims, Hindu, Rakhine, Mro and many others were also scattered especially children, This is a tragedy that should not have happened. 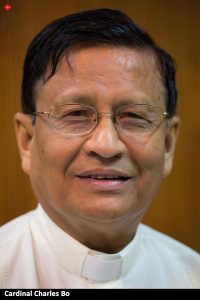 As Daw Aung San Suu Kyi has expressed her concern over all forms violence in her recent speech, we strongly advocate that aggressive responses without any embedded long-term peaceful policies would be counterproductive.

Much has been said by the western media on the role of Daw Aung San Suu Kyi.  Many feel that the sentiments and principles she expressed so strongly in her latest address should have come earlier.    But to lay all blame on her, stigmatizing her response is a very counterproductive measure.   The circumstances under which her government took over, the multiple humanitarian challenges her government had to face during the short time, the continued role of military constitutionally imposed lack of leverage in security issues and scores of other challenges make her role a daunting one.

Her assurance in her speech about rights in Rakhine state, the return of refugees and development of the state is to be welcomed.  Those who have lived in this country for a long time, need justice and the Kofi Annan Commission took the right direction in suggesting constructive measures. She has formed a working committee to implement recommendations of the Kofi Annan Commission. These are positive initiatives that need the appreciation and collaboration of all stakeholders and the international community.
All of us need to move from a wounded past towards a healing future. Let the lessons of the past enlighten our future.
Peace based on justice is possible, peace is the only way.
Sincerely yours