LEAH SHARIBU: ONE YEAR IN CAPTIVITY 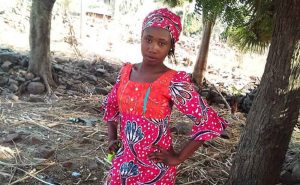 Today, 19th February 2019 marks exactly one year since the abduction of 15-year old Leah Sharibu, one of the school girls taken hostage by Boko Haram Terrorists from Dapchi in Maiduguri, North East Nigeria.

Speaking with Aid to the Church in Need (ACN), Reverend Gideon Para-Mallam who is the family guardian and spokesman of the Sharibu family said of the current situation:

“I have just finished speaking with Leah’s Parents, Nathan and Rebecca Sharibu. And then prayed with both of them. The parents are strong in Christ but one could feel the pain in their heart. My own heart is heavy too. I told them the efforts of all Christians worldwide including Aid to the Church in Need (ACN) .They personally asked me to thank all who are standing with them, both local and international.”

Also speaking, Leah’s Father, Nathan Sharibu sighed, “We will not give up. We are strong in Christ” and agreeing with him, her mother Rebecca Sharibu added, “God is able to keep us and bring Leah back, so to give up is not an option”.

“God is making a powerful statement through the captivity and courage of Leah Sharibu. Christianity can never be destroyed by Boko Haram or any force on earth: spiritual or physical – temporal or long-term”, the evangelical pastor said.

“The God of justice reigns”, he emphasized, “ Boko Haram will not escape God’s divine justice and intervention on Leah’s behalf and others in captivity”.

Rev. Para-Mallam prayed for the release of not only Leah but through her, other several unknown captives – Muslims and Christians alike – who are being held captive by the deadly terrorist group, Boko Haram.

“My appeal and question to Boko Haram is – Where is your humanity? Imagine if Leah were your daughter, would you like what you are doing to her? Against her will and consent? God never forces any one to convert!”, he said.