A GIFT FOR IRAQI CHRISTIANS

Thanks to a donation of 200,000 Euros from the Holy Father, following the auctioning of the Lamborghini that was given to him last year, ACN will be able to fund two new projects on behalf of the Iraqi Christian families and other minorities who have returned to their homes on the Nineveh Plains.

On 15 November 2017 the Holy Father decided to give ACN part of the proceeds from the auctioning of the Lamborghini Hurricane that had been donated to him by the famous Italian carmaker. Now ACN will give concrete form to the Pope’s gesture by funding the reconstruction of two buildings of the Syriac Catholic Church, destroyed by the war. They are the nursery school (kindergarten) of Our Lady and the multipurpose Centre of the parish of the same name. 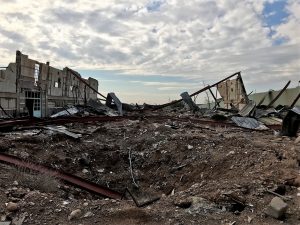 Both buildings are in the village of Bashiqa, just 30 km from Mosul. The village was badly damaged during the war, but the Christian community has returned, and in large numbers. In fact by now 405 of the 580 homes that were destroyed here have already been rebuilt and around 50% of the Christians, or 1,585 people, have already returned. 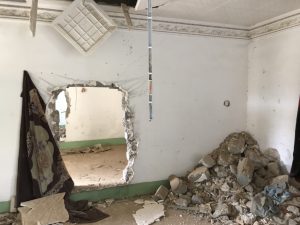 The two projects funded with the money from the Lamborghini will also benefit the other minorities in the town, since the multipurpose centre, which has capacity for over 1,000 people, will be used for weddings and the religious feasts of all the various different communities. It will be the largest such centre in the area and will be available for use to over 30,000 people of all different faiths and ethnic groups.

Just a little over two years since the liberation of the villages of the Nineveh Plains, the number of Christians who have been able to return to their homes has exceeded even the most optimistic predictions. By 11 January this year at least 9108 families had returned to their villages, or almost 46% of the 19,832 families dwelling there in 2014 prior to the arrival of so-called Islamic State. This is thanks above all to the immense work of reconstruction – to which ACN has greatly contributed – that has made it possible so far to rebuild or repair some 41% of the 14,035 homes destroyed or damaged by IS.

This intervention, in which the pontifical foundation ACN has played a major role in collaboration with the local Churches, has also found a generous benefactor in the person of the Holy Father. Already back in 2016 Pope Francis gave 100,000 Euros in support of the “Saint Joseph Charity Clinic” in Erbil, which provides free medical assistance. 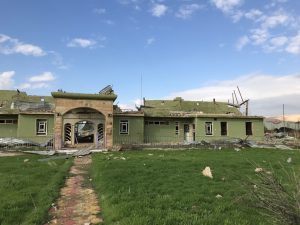 This most recent gift by the Holy Father will be a further help to local Christians, enabling them to live their own faith and offer a future in Iraq to their children. At the same time it is a powerful message and an invitation to peaceful coexistence between the different religions in a region where fundamentalism has sadly done grave damage to inter-religious relations.

Since 2014 and up to the present day ACN has given over 14 million Euros for the support of Iraqi Christians.